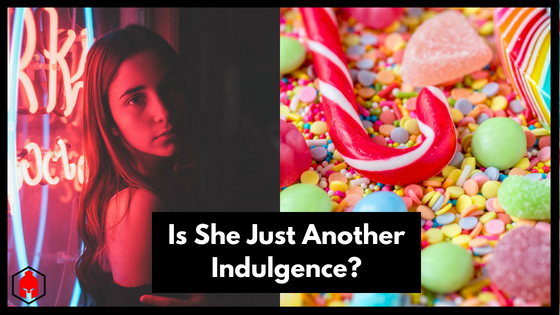 Today is day 2 of the new and improved Spartan 365 challenge.

Some of you might recall that the initial challenge entailed one year of celibacy.

What a dumb idea!!! I’m glad I modified it. That’s what I call positive impulsivity.

Anyways, today I decided to call up some previous booty-calls of mine. It’s been weeks since I’ve had any intimate contact with a female which is a long time for me. For a superior man, it’s very important to have a thriving sex life.

As I scrolled through my phone, I noticed something:

What prompted me to reach out to my booty calls was the fact that I was feeling restless and uneasy. I was craving some sort of distraction.

The girls I was about to message were girls that I didn’t really have much of an emotional connection with at all.

They literally just come over to satisfy my cravings and then leave.

This could be a good thing once in a while but after my last few days of being completely impulsive and reckless, a low-quality sexual interaction just didn’t feel right.

I felt like I was regressing back into compulsivity again.

I had a good excuse though. I haven’t been intimate in a while and sex is part of a healthy lifestyle right?

But I knew something was wrong and I felt it in my gut.

What would inevitably happen is that the girl would come over. We would have shitty sex. I would be tempted to ejaculate and possibly do so. This would throw off my discipline. I would feel depleted and guilty. Then I won’t be as motivated to move forward on my other goals for the next day or so.

That’s why I say most booty-calls are the human form of junk-food.

They come over, you indulge, and then they leave.

There was rarely a time where I felt more inspired and happier after a booty-call.

Spartan Ownership is about detaching yourself from activities and choices that leave you feeling off and disconnected from your purpose and this course of action would have probably resulted in exactly that.

Sometimes, booty-calls are great to have around. If you’re going through a dry-spell, they can help you get out of your head and relax.

But like junk-food, I’m starting to believe that booty-calls should be kept to a minimum.

Instead, it’s better to invest time and energy into developing relationships with a few girls who you can have more intimate and passionate sex with. Call it having multiple relationships. You can also do this with just one girl but if you’re young (35 and younger) then I encourage you to have multiple partners and not be too bogged down.

So that’s the slight dip I had today which could have resulted in me going down a hedonistic downward spiral. Luckily, I caught myself before any decisions were made.

Other then that, I held the line pretty well. I feel good.

I hit the gym, did meditation, read my purpose statements, did breathing drills, got some work done, and more.

Thank you for all the warriors who have made the ultimate sacrifice for us to be free.

Something went wrong. Please check your entries and try again.
Posted in Social/Relationships