Why You Shouldn’t ALWAYS Trust Your Gut 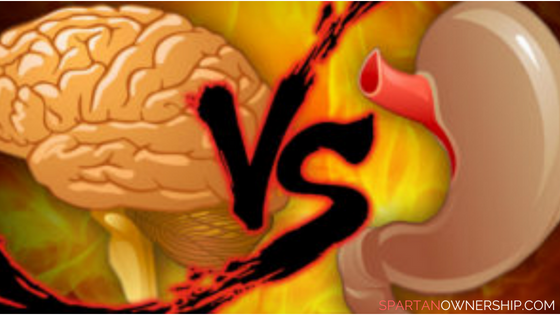 Everyone is always saying that “all you need to do is trust your gut”. It’s a common way of looking at the world. It’s a common way of making judgments. There are a few problems with trusting your gut/intuition though. It’s not always accurate and can be based on factors that are not in your best interest. Let me illustrate this point with the following example:

Let’s say you go camping in the woods with a bunch of friends. Everything is going well; You all swim in the lake, drink some beers, go hiking etc… Then one of your friends gets the idea to pull a prank on you. He dresses up in a bear suit and proceeds to start scratching the side of your tent at night as you’re trying to fall asleep. You hear the noise and stick your head out only to find a bear (your friend) right by your tent! Your gut immediately starts sending you fight-or-flight signals and you start finding ways to escape or engage the bear in physical violence. Your friend notices you panicking and unable to control his laughter any longer, removes his bear mask and screams “Got You!”. You feel a sense of relief and proceed to laugh with him at the whole gag…

The above example was meant to illustrate the point that your gut may send you all types of signals but in reality, your gut may not know the truth of the entire situation at hand.

I’m not discrediting the use of the gut/intuition completely but I am saying that it may be based on faulty factors. Like in the above example, your gut failed to realize that the bear was, in fact, your friend in a costume. The decision could have proved tragic if you decided to fight back and ended up accidentally shooting your friend with a nearby hunting rifle.

The key is in understanding how & when to use your gut.  There is a time and place to use it and a time and place to use logic. Most of the time logic beats gut. But gut does serve a purpose for sure. In the case above with the bear, it’s better to use gut instead of trying to understand the situation logically because in the case of a real bear, every second counts! But for example, as a man when it comes to choosing your girlfriend or even your wife, your gut may prove to be a horrible way to make a decision! Your gut may be very much in favor of a woman just because on a biological level she is very attractive and thus fertile. However, your gut might mistake this woman as a soul-mate meanwhile the cold-hearted truth is that she is seeking a provider-male that can pay for her bills (mostly applies to women above age 30). I’m not saying this applies to all women of that age but this situation happens to a chump every single day.

One way my gut often misleads me is when I know I should go to the gym yet I get signals that it would be a better idea to take the day off and vege-out in front of a movie and a pint of Ben & Jerry’s ice-cream. We are programmed to seek out fats, sugars, and salts due to the fact that they were scarce in the time of our ancestors. So our guts again mislead us there. I must use logic in order to overcome this “gut-feeling” and push myself to change my focus and head to the gym.

You might also mistake a “gut-nudge” with conditioning that you acquired through an outside event or set of events.  An example would be if you grew up in a violent household where your father hit your mother or you if you were sexually abused. In the former case, your gut might tell you to engage the person who is confronting you with physical violence be it your girlfriend or anyone else. In the latter case, your gut might tell you that nobody can be trusted and that you must shut yourself down to the world.

There are many ways that conditioning could affect your gut response.

Logic beats gut more often than not. So next time you’re in a situation and you’re tempted to use your gut, implement of logic as-well and try to analyze the situation. You might come up with a decision that goes contrary to your gut. I wouldn’t advocate discrediting your gut all the time. You should instead encourage a dialogue between your gut and your brain in order to get them on the same page. Try to understand why your gut may be sending you signals that are contrary to logic. You might find that it’s due to conditioning or evolutionary wiring. In the case of seeing the logical decision as the best one despite tightness in the gut, you can take a deep breath, relax and go along with the logical decision. Your gut tends to follow as you become more and more resolute in your decision. However, if your gut is sending you persistent signals about a situation and you noticed a few things that might be potential red flags about a situation, then I encourage you to go with your instinct. At the end of the day, your gut is a primal mechanism that can prove to be very useful. The way it works in a nutshell is; It sends you signals that your subconscious mind picks up and that your conscious mind might have missed. So, if you’re in the wilderness and your gut sends you a nudge, it might be because it sensed the presence of a dangerous predator nearby. In that case, I would listen to it.

So remember logic often beats gut because not all gut-wiring is accurate. However, there is a time and place to listen to your gut. And if anything, I encourage you to create a dialogue between your gut and your brain if they can’t agree. It’s up to you to determine whether or not the signals you are getting from your gut are faulty. Your gut does, however, pick up on signals that your conscious mind might have missed (i.e getting a hunch about someone being a bit “off”, only to later find out that he was lying about his entire life story). So, whether you go with gut or logic is a bit like poker except logic tends to be the winning hand. It comes down to you.