How to End Social Media Addiction 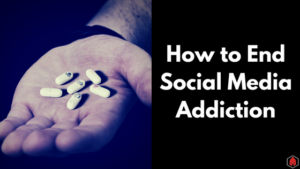 My outcome with this article is to help you gain more control over your social media use. In my experience, social media has become a powerful addiction that is tempering with people’s brains and ability to be productive/strong individuals.

The problem with social media in most people’s lives:

I live in New York City right now and everywhere I go, I see people glued to their phones. People don’t even look around before crossing the street anymore. People can’t watch a full movie before needing to check their notifications. Friends no longer spend a few hours relaxing at the pub or going for a hike without stopping to check their texts. During dates, the restaurant table has people’s food, wine, and phones.

It’s just mediocre how much control people have given their phones over every single aspect of their lives. It’s mind boggling how many times people check their phones throughout the day. In this survey by Deloitte, the following was found:

“Although 46 checks per day is the average, that number varies depending on users’ age group. Those between the ages of 18 and 24 look at their phones most often, with an average of 74 checks per day. Americans in the 25-34 age bracket look at their devices 50 times per day, and those between 35 and 44 do so 35 times each day.”

I believe that that number is too conservative. I believe people check their phones 100+ times a day on average. I’ve been out with certain people that literally stayed on their phones the entire night taking brief breaks to look around and talk.

The creators of social media now regret their invention 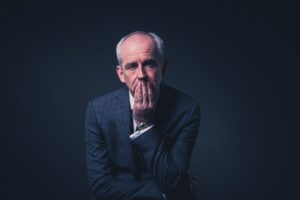 One of Facebook’s former executives Chamath Palihapitiyah regrets his role in creating social media by saying the following in an article in the Guardian:

“The short-term, dopamine-driven feedback loops that we have created are destroying how society works. No civil discourse, no cooperation, misinformation, mistruth.”

“This is a global problem. It is eroding the core foundations of how people behave by and between each other.”

“Your behaviors, you don’t realize it, but you are being programmed,” he said. “It was unintentional, but now you gotta decide how much you’re going to give up, how much of your intellectual independence.”

Ex-Facebook CEO Sean Parker expresses similar warnings in this article, when he says:

“Parker described how in the early days of Facebook people would tell him they weren’t on social media because they valued their real-life interactions. “And I would say, ‘OK. You know, you will be,’” he said. “I don’t know if I really understood the consequences of what I was saying,” he added, pointing to “unintended consequences” that arise when a network grows to have more than 2 billion users.

“It literally changes your relationship with society, with each other. It probably interferes with productivity in weird ways. God only knows what it’s doing to our children’s brains,” he said.

He explained that when Facebook was being developed the objective was: “How do we consume as much of your time and conscious attention as possible?” It was this mindset that led to the creation of features such as the “like” button that would give users “a little dopamine hit” to encourage them to upload more content. “It’s a social-validation feedback loop … exactly the kind of thing that a hacker like myself would come up with, because you’re exploiting a vulnerability in human psychology.”

The former Googler Tristan Harris is one of several techies interviewed by the Guardian in October to criticize the industry. “All of us are jacked into this system,” he said. “All of our minds can be hijacked. Our choices are not as free as we think they are.”

My experience with social media addiction 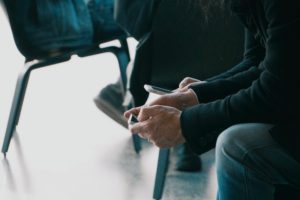 I’ve had my stints with social media and by the way online-dating apps such as Tinder fall into this category too.

The main issues I noticed on my end were:

However, I never really had too much issues with social media abuse as I was pretty skeptical from it early on.

Are you ready to feel the benefits of limiting your use and become:

Ways to discipline your use:

I believe that anywhere from 3-5x per day is enough when it comes to checking your texts and social media. Commit to a number between 3 and 5. Check all your notifications at once if need be and don’t do it for more than 5-10 min at a time otherwise 30 minutes of FB browsing doesn’t count as one check.

Once you decide on a standard, post a sticky note of it somewhere to serve as a constant reminder. Or you can upload a picture on your phone’s home screen that has it written down there. There are many creative ways to remind yourself of your new standard.

I personally track the amount of times I check my notifications using Evernote. I use Evernote for a lot of things including scheduling my day/week. For tracking notifications, I copy/paste a little template into my daily schedule like this:

Then every time I check a notification, I mark it down in my tracker by putting the time I checked it. I like this method because it also shows how far apart I check. I’ve also grown fond of overachieving and only checking notifications 1-2x a day.

At first maintaining this standard was tough and continues to be tough at times but it has definitely gotten easier. The hardest part is when you’re texting a girl and she hasn’t got back to you so the anticipatory part of your brain is lighting up. DISCIPLINE YOUR USE. Imagine she saw you getting all compulsive/distracted and constantly checking to see if she replied. She probably wouldn’t be too turned on. Keep it cool. One of the biggest benefits you’ll see besides more productivity, more concentration, and more happiness is that you will start to feel a lot more self-worth. I don’t know about you but I can’t help but feel mediocre after checking my phone past 5-10x. It’s like I gave in and let the device win over my consciousness. When I should have been creating and producing, I instead sat there and consumed like a zombie.

Also, make sure to disable ALL notifications except calls from your phone so that you’re not constantly receiving pings and vibrations which will distract you and temp you to check your phone. Pretty much every phone has that option.

I am a lot happier now that this is my standard and I still find myself using my phone quite a bit but it’s for different reasons. Now I use it to access my breathing app or read an audiobook which actually enriches my life as opposed to squandering it away. Take ownership over your consciousness.