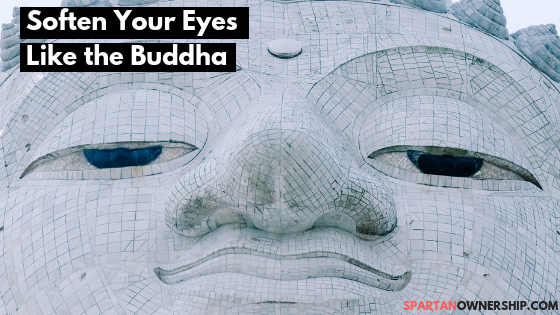 I grew up in a pretty unique setting.

My father wasn’t in my life till I was in my teens.

I was raised in a single mother household where she spent most of her days at work.

I had no brothers or sisters.

All of my family members abroad.

The only family member I had in the US was my grandmother and she moved far away from me after a fight she had with my mother.

My mom hired babysitters to watch me. I had many over the years. They mostly spent their time watching TV and/or talking on the phone to their relatives overseas.

In essence, I grew up quite lonely.

At home, I watched TV, played video games and drew a lot.

My street friends were my only solace for the feeling of belonging/connection.

I truly cherished my friends deeply because to me they were all I had.

During these important formative years, I didn’t have much guidance at all in terms of learning how to interact with others. The result was that I never felt like I belonged to any group. Everybody around me seemed to know how to act and what to say. I frequently felt confused.

I don’t want to make it sound like I was autistic or anything because I wasn’t.

Oddly enough, I was in fact quite persuasive and charismatic but my abilities went grossly underdeveloped for a long time.

I was an easy mark.

At school and on the street, I would frequently get taken advantage of, bullied, humiliated, and intimidated. I wasn’t a total sucker but I wasn’t as street smart as I wanted to be.

This lack of social intelligence resulted in me accumulating a lot of inner tension and anger.

For many years, I would keep everything inside.

My demons could be seen through my eyes

“Hey man, you seem angry. Are you alright?” is a question I would often get.

This question would make sense if I were actually angry about something that just happened.

But the reality was that I looked angry by default.

All the anger I carried had molded my default facial expressions, tonality, and body language in a way that was slightly off.

The result was that even when I was well-intentioned, I would sometimes turn people off because I looked angry. And they would assume that my anger had something to do with them.

Your eyes tell the story of your soul

More specifically, the tension and anger I had accumulated could be seen through my eyes.

When you carry a lot of tension in your face and eyes as I did, the result is that it makes your gaze look angry and judgmental.

It has been said that the eyes are windows into the soul. And the more I live my life, the more truth I can see in that statement.

Look into the eyes of an infant and you will see soft and innocent eyes.

Look into the eyes of someone who holds a lot of anger and resent and you will not enjoy holding eye-contact with this person for very long.

People judge you from the outside and only God judges you from within.

This is simply to say that most people you encounter in life tend to judge you by your present body-language.

Only people you’ve known for a long time will have the experience and understanding necessary to look past your present body-language and even that takes a high-degree of perceptivity.

Therefore, I believe that it is essential to learn how to master your gaze and all aspects of your body-language for that matter.

Your aura is repelling the world around you

Your experiences as a child or even as an adult may have molded your aura to be unattractive and repellent towards others.

Aura in this context means the totality of your body language (facial expressions, tonality, language, and body language).

Here is a great book on Body-Language that I personally own.

Notice any subtle tension in your face or body.

Many people hold tension in their face, forehead, neck, and/or chest.

All of these are called neurotic holding patterns and they influence the way that we interact with others.

The best communicators are slightly Machiavellian

I’m all for authenticity and merited vulnerability and I say “Machiavellian” more for effect than anything else.

But still, I bring up the term Machiavellian for a reason which is that the best communicators are not slaves to their moods.

The best communicators are actors.

In essence, actors have mastered their body-language in order to transmit their desired message as effectively as possible.

Most people are poor communicators and don’t take any time to truly refine their abilities. The result is that they are limited in where they can go and whom they can influence.

Thus if you would like to appear friendly but your gaze is hard and intense, you will be less efficient.

A Qi-Gong exercise to soften your gaze

For many years now, I have been doing yoga and qi-gong.

One of the moves I’ve learned from doing qi-gong is the following exercise and it is very effective for reducing tension in the eyes and softening your gaze.

Check out this DVD to begin your Qi-Gong practice (a key element in building energy and rejuvenating your body).

The story of Tony

A while back, I used to work at a BBQ restaurant.

There was a man named Tony who worked with me.

He was there just shy of a year and was pushing to become a manager.

He was bossy and mean in the way he came across to me.

He would also never greet me, smile or joke around.

Eventually, I thought he had a problem with me.

I came very close to confronting him a couple of times but I told myself to be patient. He was also a known tattle-tail as he would often tell the managers how people behaved and what they said.

Instead of confronting him head-on, I took it upon myself to crack the code of his character.

I took it upon myself to figure out what made Tony tick.

This new mission caused me to become a lot more patient and agreeable around Tony. I became a lot more tolerable of his off-putting communication style.

I took it upon myself to become a lot friendlier to him even in the midst of his closed-off demeanor.

Little by little, I began to notice Tony opening up to me. He started joking around with me more and even telling me details about his personal life.

In the meanwhile, we had some new employees come in. As the weeks went by, I realized that without fail every single new employee would eventually share the same feelings I had towards Tony when I first met him. They each expressed their concern that Tony had a problem with them. They each thought that Tony’s demeanor had something to do with them personally.

I never did crack Tony’s code because I never had the opportunity to truly find out why he was the way he was.

But I learned something way more insightful which was that it didn’t matter why Tony was the way he was but that he simply was the way he was and it had almost nothing to do with anyone else around him. His default state was off-putting. His energy was just negative. Tony obviously didn’t know how to master his body-language and communication and thus was a slave to the mold he embodied.

When it comes to human communication, perception really does dictate much of reality.

Something went wrong. Please check your entries and try again.
Posted in All Posts