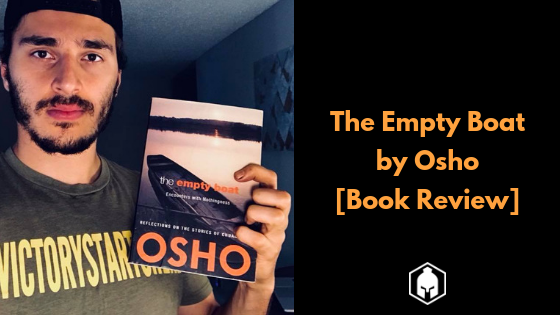 The Empty Boat by Osho

Some thoughts on Osho himself

Osho is a highly controversial figure. I believe that he was truly enlightened but I also believe that he had some tremendous personal flaws. Check out this article for more information and details of his darker side. That said, every man has an element of darkness in him but I believe that Osho let that element consume him a bit too much.

At the end of the day, I think he had some highly profound insights on life and enlightenment. I think that his work provides some very important observations on human nature and eastern spirituality.

However, I don’t believe everything he says and I therefore simply eat the fruit and spit out the seeds.

The following is an excerpt from an article titled “Osho, Bhagwan Rajneesh, and the Lost Truth by Christopher Calder” which sums up my views on the man:

“The difficult thing for people to understand is that cosmic consciousness may feel wonderful, but it doesn’t mean anything.  It has nothing whatsoever to do with virtue, honesty, intelligence, wisdom.  That fact is just one reason why religion and politics should never be mixed.” — Christopher Calder

Osho’s Empty Boat served as a powerful introduction to Taoism

For many years now, I have been reading about eastern and western philosophy. Taoism is an operating system that I explored but never really grasped until this book. The Empty Boat was an amazing introduction to Taoism as Osho breaks down many of the sayings of Lao Tzu and Chuang Tzu in practical terms.

Furthermore, this book is truly a masterpiece. The way it was written has a poetic and truly deep undertone that contains layers and layers of meaning in each sentence.

This has been one of those reality-shattering books that resulted in some profound paradigm shifts for me. If you’re confused about Taoist teachings such as the Tao Te Ching then I would definitely recommend this book.

The reason why this book is called The Empty Boat

This is the parable from Chuang Tzu and the reason why the book is called “The Empty Boat”:

Who can free himself from achievement
And from fame, descend and be lost
Amid the masses of men?
He will flow like Tao, unseen,
He will go about like life itself
With no name and no home.
Simple is he, without distinction.
To all appearances, he is a fool.
His steps leave no trace. He has no power.
He achieves nothing, he has no reputation.
Since he judges no one,
No one judges him.
Such is the perfect man:
His boat is empty.

From a somebody to a nobody

In Western society, our values are very focused on the material world. We are taught to be a somebody. We are taught the importance of wealth, fame, big homes, cars, etc.

Nowadays, it’s even worse because instead of striving to be somebody and make shit happen, people (men in particular) have become weak, lazy, and passive. But that’s a topic for another discussion.

However, there is another level to this whole equation and that is the idea of being a nobody. Chuang Tzu, Lao Tzu, and many of the mystics were nobodies according to Osho. However, this doesn’t mean that they lived quiet lives of desperation.

Au contraire!These sages lived quiet lives of inspiration! They lived beautiful lives but they weren’t caught up in the accumulation of things and the postponement of the moment. They weren’t swayed by their egoic desires. Instead, they flowed like water following the ways of nature being careful to curb their lesser desires. They opened themselves up to divine consciousness and lived in accordance with source as opposed to diluting their focus and energy on meaningless pursuits.

Warning: Be careful when reading this book

This book is very powerful. The text in it will make you question everything about your life especially your desires, pursuits, and professional goals. If you’re not grounded, it can definitely take you into a tailspin.

Read this book as a reminder not to get too caught up in daily tasks and duties. Read this book in order to wake up in the midst of the daily grind. But don’t make the mistake of thinking that you need to stop everything you’re doing and renounce it all.

After all, Spartan Ownership is about being a man, becoming stronger, tougher, more successful, etc. That requires will, determination, discipline, etc. This book will make you question all of that. And that’s fine. It’s a healthy process. But in the end, there needs to be a balance which is why Osho also says the following:

“A real, a perfect man, a man of Tao, has no addictions. He can move easily from one extreme to another because he remains in the middle. He uses both wings.”

I literally would feel a deep wave of consciousness while reading this book resulting in a sense of expansion, clarity, and euphoria. Whenever I feel like I’m getting overly caught up in the mind and in the world, I return to this book to reground in silence. This book is a powerful reminder of the importance and art of living in the moment. Use it as a way to become present and joyful in the midst of chaos no matter what is going on. But be careful not to misinterpret the book and become degenerate.

Buy the book on Amazon here.

Something went wrong. Please check your entries and try again.
Posted in All Posts, Book Reports