Insights On Being A More Effective Warrior: Notes From Master Chim’s Vioprep 101 Seminar 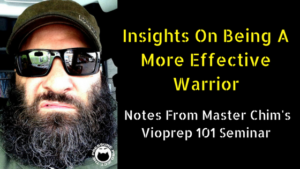 In this article, I am going to share my insights from attending Master Chim’s Vioprep 101 seminar. Check out his website here. My outcome for you guys is that you pick up some practical tips that will serve you in your ability to be effective when it comes to dealing with violence.

First of all, who is Master Chim? If you don’t know him, I’ve done 2 podcasts with him here and here. But basically, Master Chim is a modern day warrior-philosopher. He has been in hundreds of fights and has been in the martial arts industry for decades. Now he releases powerful content meant to help men optimize their ability to be effective warriors in everyday life.

Without further ado, let’s jump into my notes/insights! 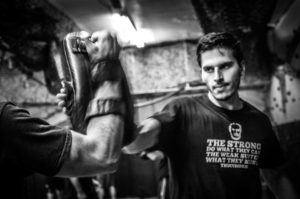 Insight #1: Mission 1st. Have intent, refuse to wander. If you don’t establish your mission, another feeder will establish a mission for you.

Like a lot of the insights that I’ll be sharing with you, these insights have broader implications than just dealing with violence. Knowing your outcome before you dive into a situation is extremely powerful to keep in mind. Master Chim says that, “We have to have intent when we expose ourselves to nature and the outside world.” If you don’t have a clear outcome/result in mind, then you can easily be pulled into any direction.

Knowing your intent is synonymous with being clear about what victory looks like in violent scenarios. If you’re unsure of how winning looks like, then how will you take the right actions to achieve it?

Insight #2: It’s always your turn. When it comes to violence, you’re NOT playing catch with strikes.

“Playing catch with strikes” is a training habit that we acquire in the dojo. The problem with this training scar is that it doesn’t work in real life. If you’re going to fight someone in the street, you’re not going to throw a few strikes and then wait for them to retaliate.

Do NOT give the other person a turn. Never allow the other guy a turn. You are the feeder in this situation and he is the receiver and that’s it. Hit him 1st if need be! 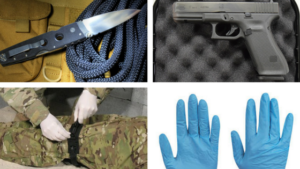 Weapons are tools and can be tremendously useful in a fight. Master Chim suggests that men have an EDC or a collection of tools that they carry with themselves on a daily basis. Some of the tools he suggests are: Gun, knife, flashlight, tourniquet, and gloves. You never know.

Insight #4: There Are 3 Cognitive Biases That Affect Our Ability To Do Violence:

The Bystander Effect is a mental bias where you think that if violence were to happen to you, somebody else would intervene. Unfortunately, many men have been conditioned to call the cops instead of train to handle violence themselves. The trouble is that the cops don’t always come in time. Plus, it feels better knowing that you can handle violence with your own two hands instead of always having to outsource it to someone else. Be a man.

The Fair-World bias is the condition of thinking that a situation can’t happen to you because that wouldn’t be fair. In other words, you think you’re so important that the “unfair stuff” only happens to other people. Rid yourself of this bias and realize that nature and other men don’t always play fair.

The Shadow Bias is one where you think that you lurk in the shadows, and that you can see everybody, but nobody can see you.

Insight #5: Square away your resolve before you get into a violent scenario or you’ll face tax.

If you don’t face the hard facts beforehand, you’ll have PTSD. When hanging out with other men in your tribe, make it a habit to discuss what you would do in various scenarios involving violence. Challenge each-other with all types of angles and problems. For example, ask one of your friends what he would do if a guy grabs your girlfriend’s ass at a bar. Start to get familiar with all of these types of scenarios beforehand and square away what the best possible plan of action would be.

Insight #6: Pain is like music – let it play no matter how loud it is.

Pain Inoculation: At what point do you give into pain? I like this mindset on pain because if you think about it, pain is a lot like music. Ultimately, you choose to give into the pain or not. Sometimes, the music is utterly loud but ultimately, you choose whether or not you’re going to react to it in a way that takes you off your mission.

Insight #7: Replace the term “self-defense” with the term “counter-violence”.

Self-defense is like putting a razor in between your butt-cheeks in order to prevent rape. What we really want to focus on is acting before the other person acts AKA be proactive when it comes to violence. The longer an engagement lasts, the greater the chance you’ll be hit. So the aim is to end the engagement as quickly and efficiently as possible. 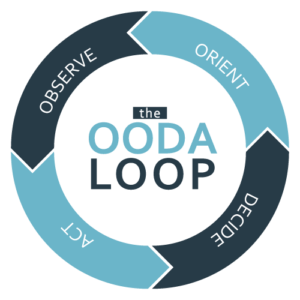 This graphic breaks down the meaning of the words in OODA. The “OODA Loop” is a decision-making process originally developed by the military. Elite fighter pilot and retired Top Gun instructor David Berke says the loop can be used for any decision. It consists of four stages that repeatedly feed into each other: observe, orient, decide, and act.

When facing violence, do your best to effect your opponent’s OODA loop by neutralizing their ability to make these decisions effectively.

Start big and then de-escalate to the level of appropriate violence. An example of a common cycle would be: Shoot > Knife > Punch > Say “Fuck Off”. First ask yourself if you should shoot. If not, move on to the next level until you reach the appropriate level. You don’t want to curse out a guy that you should shoot.

This is a tricky area so therefore you must work this out beforehand. But the point is that you shouldn’t let the law be the end-all-be-all when it comes to decision making. Sometimes, you may have to disobey the law in order to keep your self or your family safe. I’ll let you work this out on your own.

Tools are something that we use, not something that we believe in. Spells are unreliable tactics. There are no vacuums in the real world. You don’t get to fight in conditions that you choose. So your protocols when dealing with violence should be connected in reality.

As much as I love BJJ and Master Chim talks about it too, it’s not necessarily the most useful tool in the real world. Ju-Jitsu is good for duels AKA one-on-one unarmed fights.

One sure way to become harder to kill is to be strong as fuck. Increasing your levels of strength will definitely help you be a better fighter and a harder/more intimidating opponent.

Force multipliers is just another name for weapons. Some karate masters spend 30 years toughening up their fists in order to be able to punch hard surfaces such as the human skull. However, why spend 30 years doing that when you can use force multipliers? A blade or a gun is more effective than a fist that’s been hardened for 30 years.

Here I want to share a few of the tactical strikes I picked up. There were way more tactical maneuvers than this but for simplicity’s sake, I just recorded the 3 simplest ones.

Overall, attending Master Chim’s Vioprep seminar was a great experience. There’s nothing like spending 12+ hours in a room with a bunch of men who are all actively learning to be more effective men and warriors.